Welcome to Part 2 of our in-depth look at the premier league at the start of the 2020/21 season. If you missed Part 1, you can read it here.

From a high level perspective, the value bets across the opening weekend would be:

Now we must stress that we don’t advocate betting every single one of these. It is also important to note that this is the opening day of the season, anything can happen, and this is based on historical data used by the algorithm.  We would recommend using this as a starting point for further analysis.

That said, the three matches that interest me the most would be the three games involving the promoted sides – in particular, West Brom and Fulham who are both at home in local derbies and both look capable of causing a shock.

Lastly you can check out our recent guide on how to profit with our AI predictions and analysis here.  There are no qualifiers in the Premier League this weekend, but there will be elsewhere across the weekends program.

Where Will The Goals Be This Weekend

The first place I would start when looking for goals would be the games involving the promoted sides. As already identified, each in their own way present value in the match odds market.

Assuming that is correct, then even if they do not pull off the win, they are likely to score and make problems for the opposition. So Arsenal, Liverpool and Leicester are likely going to need to score at least two in their respective games to win.

The latter of those three games is perhaps a little skinny to attract our interest. Instead, we would be considering either Both Teams To Score at 1.95 or Leeds To Score at 1.80

All members of Predictology get access to a number of profitable betting models, one of which is called Goals, Goals, Goals and it is recommending Crystal Palace vs Southampton to have three goals or more as the value bet of the day. Currently priced around 2.20-2.25

Leeds are currently on a six game winning streak, which is not altogether surprising considering they came up as Champions. While 9/1 may tempt some, we have to acknowledge that they are away to the imperious Liverpool, so we are happy to skip over that one, or focus on goals as we mentioned above.

Man City have not experienced a draw for 18 games but as they are on a delayed start to the season, that statistic is too much use to us today. 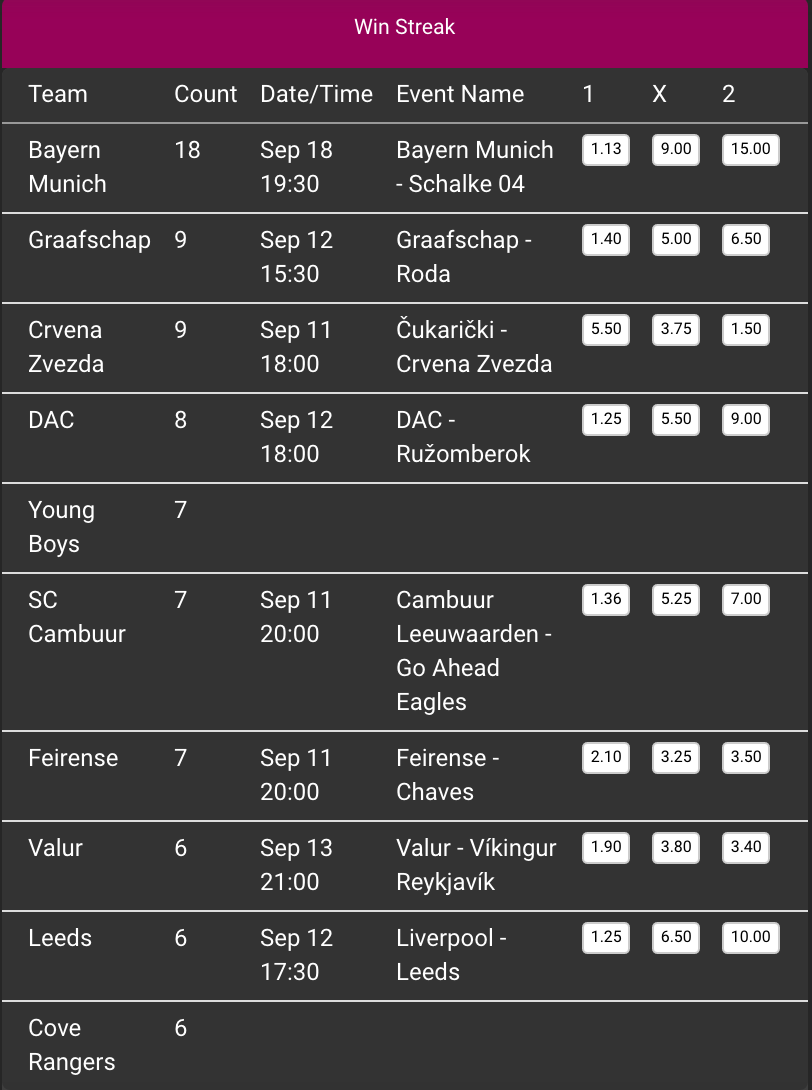 Elsewhere in Europe, you may find better value in Portugal with Feirense who are on a 7 game winning streak, but are still available at 2.10 in their match this weekend. The same could be said about Valur in Iceland, who have won six in a row, yet are available at 1.90

What Do Our PR Ratings Have To Say 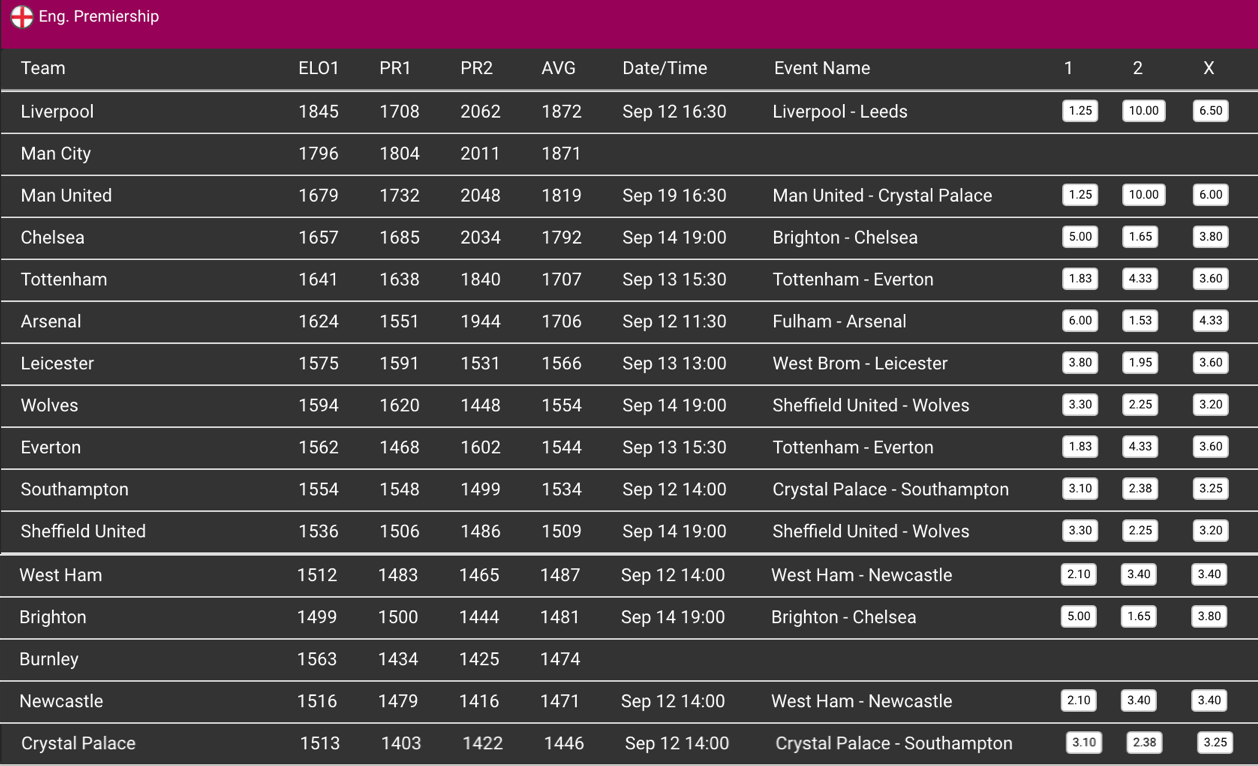 It probably comes as no shock to see very little difference between Liverpool and Man City in the ratings. The fact that City are priced at 1.80, while Liverpool are readily available at around 3.25, makes the latter the value bet in the league winner market.

Personally, I do feel that Man City are the more likely Champions come the end of the season, but I will be starting with a back of Liverpool and looking to get City at a higher price during the season.

Despite Chelsea’s signings, Man Utd look the best of the rest and there could be some value in backing them each way at 19’s with Betway.

The ‘worst’ rated sides are Crystal Palace, Newcastle and Brighton. I feel Newcastle have signed well this ‘summer’ and they should be fine. There is, however, decent value in Crystal Palace at 3,25 to be relegated (Roy Hodgson at 6.5 to be the next manager to lose his job also holds some merit) and even more so on Brighton at 5.00. *

I feel Aston Villa will be fine this season but if they get off to a bad start this season, Dean Smith at 12’s in the manager market is another interesting one.

*our ratings above don’t include the promoted sides. They will automatically update after the first round of games.

From a match perspective, the biggest rating gaps involve Tottenham (+163) to beat Everton and Southampton (+88) to beat Crystal Palace.