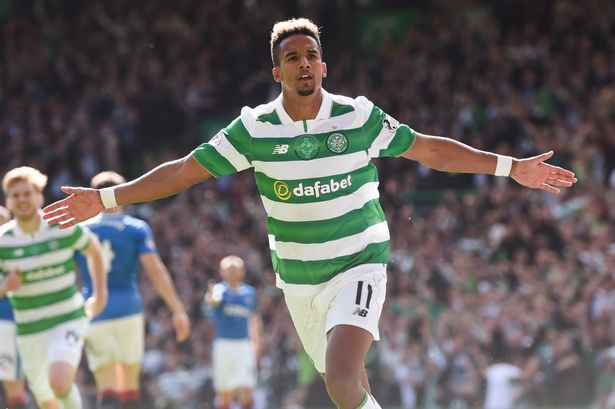 Celtic Betting System – How To Make Money Betting On Celtic

One of the many opportunities provide by the Predictology platform is the ability to develop and create successful micro betting systems. When used correctly and in conjunction with other micro betting strategies, they can prove incredibly powerful…and profitable.

Today, and over the coming weeks, we are going to use the micro betting strategy concept and apply it to individual teams, starting today with Celtic FC. We will analyse and inspect various angles for making money solely by betting on Celtic under certain conditions.

So how do we make money betting on Celtic?

Celtic have won the Scottish Championship in each of the last six seasons and look well on course to achieve number seven in the current 2017/18 season.

In fact they have won the Championship an incredible 48 times, only six short of Rangers (54) and could well overcome that figure in the next decade if Rangers relative struggles continue.

At the time of writing Celtic had just seen their record breaking 69 game unbeaten domestic run come to an end, following a 4-0 reverse to Hearts on December 16th, 2017.

So it would be safe to assume that Celtic will, on average, win a very high proportion of their games. They won 34 of their 38 games last season and have already won a further fifteen games this season.

However, it would also be safe to assume that the odds available on a Celtic win would reflect this and be very short indeed. By using Predictology, we can see that the average price available for a Celtic win at home is 1.26 and for them to win away, is 1.45 (currently averaging 1.37 for the 2017/18) season.

More than likely, prohibitive prices for all but the biggest hitters…

Can you make money betting Celtic to win at home?

Let’s take a look and see:

The table shows that backing Celtic blindly at home since 2013 would have seen you pretty much break even. Not worth a punt but evidence of their consistency.

What about backing Celtic to win away from home?

The results are a little more interesting with an average ROI of 8.6% over the last five seasons. That said, you’ll average less than 2 units profit each season – so we’re certainly not going to be retiring just yet. So let’s dig a little deeper and try something else…

Do the goal markets offer us a route to profit when betting on Celtic?

Celtic are clearly a dominant side in their domestic league so it would stand to reason that they would win many games comfortably. So perhaps the route to profit is back over 2.5 goals…?
…or maybe not…

Again, the prices reflect their dominance, which is not all together unsurprising – after all, the bookies aren’t stupid…

So what happens if we switch this up and looking at the under 2.5 goal market.

Ok, so now it starts to look a little more interesting. Again, not retirement potential but we have at least found an angle we can explore further.

Let’s break this down in to home and away for the under 2.5 goals market.

Celtic Under 2.5 goals when playing at home:

Right, now we are looking at 5+ units profit a season back Celtic under 2.5 goals when playing at home. Look at the record breaking, unbeaten, 2016/17 season and we see that you would have made a 16.27 units profit and nearly doubled your bank in that season alone.

This definitely has the potential for a successful micro betting strategy.

So, what have we learned so far?

How can we make this even more profitable?

There are a couple more angles with which it could be worth our time assessing.

Firstly, we now know that backing Celtic under 2.5 goals at home is profitable. What if we switched that up and backed over 2.5 goals away from home when perhaps the opposition are more inclined to attack and open up for Celtic?

Backing Celtic o2.5 goals when away from home:

Great, this shows profit and promise too. Not as significant as backing under’s at home but it shows we should focus are attention on more goals when Celtic play away – use this more as a reference point and assess game by game, rather than backing every game at over 2.5 goals.
One additional criteria that you could consider applying here is filtering by odds.

Using the Predictology export function we are able to move all of the results into a csv file for further analysis.We can see in the table that the average odds over five seasons is 1.69. So perhaps if we only focus on the matches with ‘higher’ odds we can find a route to extracting more profits.

Lets see:
<1.65 = -6.49 units
>1.65 = +14.78 units
Fifty-four of the eighty-eight matches fall into this range, with 39 of this being winning bets (72.2% win rate) and provides with 14.78 units profit, nearly double the profit of backing all games to be over 2.5.
Great, so now we have our second micro betting strategy for betting on Celtic – back over 2.5 in all away games when the price is 1.65 or above.
The final angle that we could consider is combining the win markets with the over/under markets. For example:
When playing at home – back Celtic win and under 2.5 goals
When playing away – back Celtic win and over 2.5 goals (particularly when the prices is >1.65)
Predictology does not currently cover the win + over/under markets so we can’t assess the true return at this time but all indications would suggest it would be a profitable strategy in it’s own right.

By doing a short bit of analysis on some common betting angles while trying to think creatively against the market, we have come up with two to four profitable betting strategies for making money betting on Celtic matches.
With over 100 such variables there are potentially many more betting angles that you could find using Predictology for Celtic, other teams or even particularly betting markets.
We all want to find the ‘holy-grail’ betting system which provides us with lots of profit from just one strategy – and they do exist, I have find several on Predictology personally – but don’t forget to consider these effective micro betting strategies which can help you quickly build a successful, balanced, and profitable betting portfolio.