SorareArgentina is an expert on all things Argentinian football. There are some great young talents operating in the Superliga Argentina including Julian Alvarez, who has recently signed for Man City. Other talents of note, already catching the eye of European scouts include 18 year old Enzo Fernandez, and Nicholas De La Cruz.

If you’d like to learn more about Argentinian football, do check out their Patreon account here: https://bit.ly/34SuWhc

Welcome to the first column covering Superliga Argentina. If you have ever watched an Argentine football game you know that it is a special spectacle, with an unmatched intensity from the fans and players. In this country, football is the cornerstone of life for many people, to the point where some cities seem to stop in time whenever their team is playing. In this context, it can be quite off putting to know how poorly organised the league is, mostly due to political reasons. It seems that almost every year the league turns into a coin flip for when it comes back, to how it will work, and when the games will be played, how many, etc.

What can we expect of the upcoming Superliga Argentina season?

How will the 2022 season work? Which teams are the best ones to watch?

We’ll cover all this and more…

If everything goes according to plan, the new season should start on the first weekend of February and will host as many as 28 teams. We’ll see the same 26 clubs that competed in 2021 plus the 2 most recent promotions to the first division, Tigre and Barracas Central.

This year we’ll have two separate tournaments. The first one will be the “Copa de la liga”, to be played between February and May. This Copa will consist of two groups of 14 teams each, the top 4 teams in each group will then move on to play single leg elimination playoffs. All these games will be played in neutral fields and there will be a grand final between the winner of each group.

Starting in June and through to November, we’ll see the comeback of the traditional league format, with a total of 27 rounds and the team with the most points will be crowned champion. 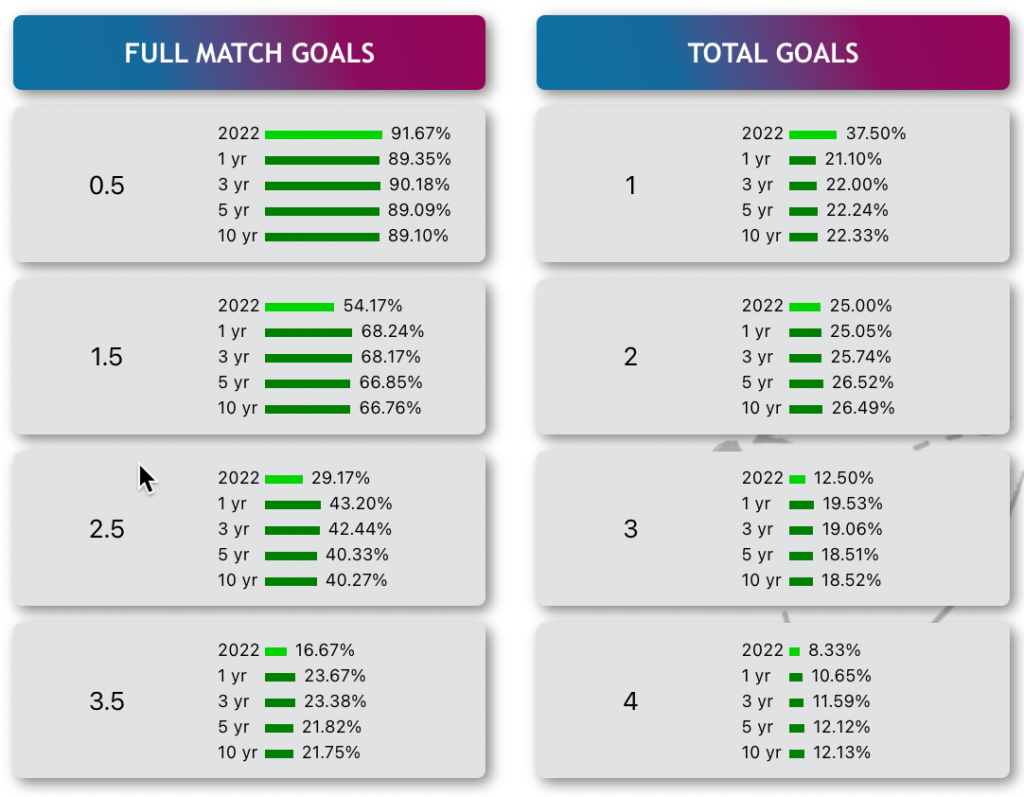 Some Important Things To Consider When Focusing On The Superliga

1. Unlike the last two years, we’re going to have relegations in the Superliga. The goal is to slowly reduce the number of teams. However, this year we’ll have two relegations and two promotions, but in the long term they’ll increase the number of relegations. It’s worth mentioning that the relegations in Argentina are not for the league’s worst ranked teams, they are defined on a different standings board that contemplates the total points a team got in their last 3 seasons in the first division, divided by the amount of games they played, to get an average of points per game. In this picture we can see what the bottom of that ranking looks like.

2. Due to the short window of time in which the Superliga intends to fit two complete tournaments, most teams will be playing two games every week. Most players in the league are not used to playing that much, so this might have an impact on their physical and cause injuries.

3. Some teams (River, Colón de Santa Fe, Boca Juniors, Talleres de Córdoba, Velez Sarsfield and Estudiantes de la Plata) will be also participating in the Copa Libertadores, which might cause the lineup to have a lot of rotation between the national and international games, as the coaches will most likely rest their starters for the Copa.

5. The other competition to consider is the Copa Argentina, a Cup that includes teams from the lower divisions just like the FA Cup does, this cup is the least important but teams still might rotate or rest some players, especially if they are facing a strong opponent.

6. At the end of the year there’s one last game called “Trofeo de campeones” where the winner of each competition plays a single game. In the case that the same team wins both tournaments, they faced the team that came second in the league.

Stay tuned for our next column, where we’ll go a little bit deeper into some of the clubs and what to expect from them in the upcoming season.