Welcome to Part 2 of our in-depth look at the  Japanese J League, . If you missed Part 1, you can read it here. 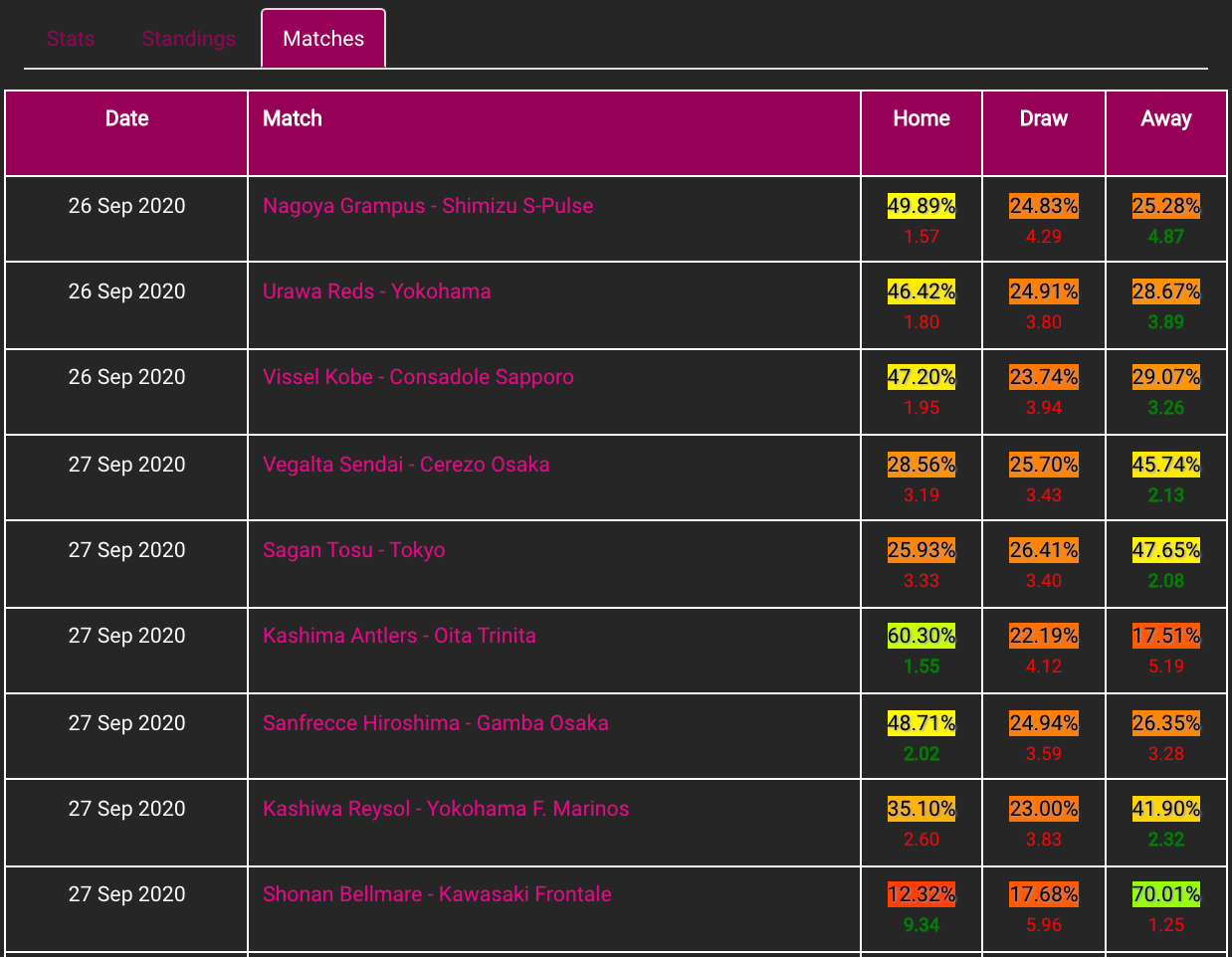 First up, let’s look at what one should consider backing this weekend from a value perspective:

As always, the onus is on you to check out further data before making a bet. Despite the attractive price, it seems unlikely that Shonan, with just two league wins all season, will defeat a team with one loss in 19 matches.

With five away wins and five draws from ten games, FC Tokyo at above evens to win against Sagan Tosu, a side with two home wins and three losses in eight games may also prove interesting.

What the above does illustrate is the potential value of away wins. For instance, Cerezo Osaka looks like a viable bet at odds of 2.14. They have won six of their nine away games, and the home side has lost five of their eight home games with no wins.

Where Will The Goals Be In The J League This Weekend

It is easy to view Kawasaki Frontale’s visit to Shonan as a chance for the leaders to rack up the goals. After all, they have scored 27 in their nine away games. However, for all Shonan’s flaws, they have once conceded 10 in eight home games.

Here, you have to decide if the enormous gap in quality means a substantial beating is on the cards. Realistically, Kawasaki should net at least three as they have done so in their last six J-League games, and also in six of their nine aways.

The Vissel Kobe vs. Consadole Sapporo game features two exceedingly average sides. Vissel score and concede plenty at home, while Sapporo can grab away goals while usually failing to keep a clean sheet.

This means you have a couple of options. You can back both teams to score in the second half and also bet on second-half goals. Alternatively, you can wait to see how the first half pans out before making a move.

Vegalta Sendai have been poor all season and are fortunate that there is no relegation! They have conceded 16 goals in their eight home games so far. Cerezo Osaka, on the other hand, have seven away wins from eight and have scored 16 times. Moreover, they have managed 2+ on five occasions. It is also worth noting that Cerezo defeated Vegalta 3-0 away in a recent cup match.

Possible options include 2+ and 3+ team goals, and possibly Cerezo -1.

At present, Kashima Antlers are on a seven-game winning streak. However, they are a reasonably short price to beat Oita, who have won three of their last four games. 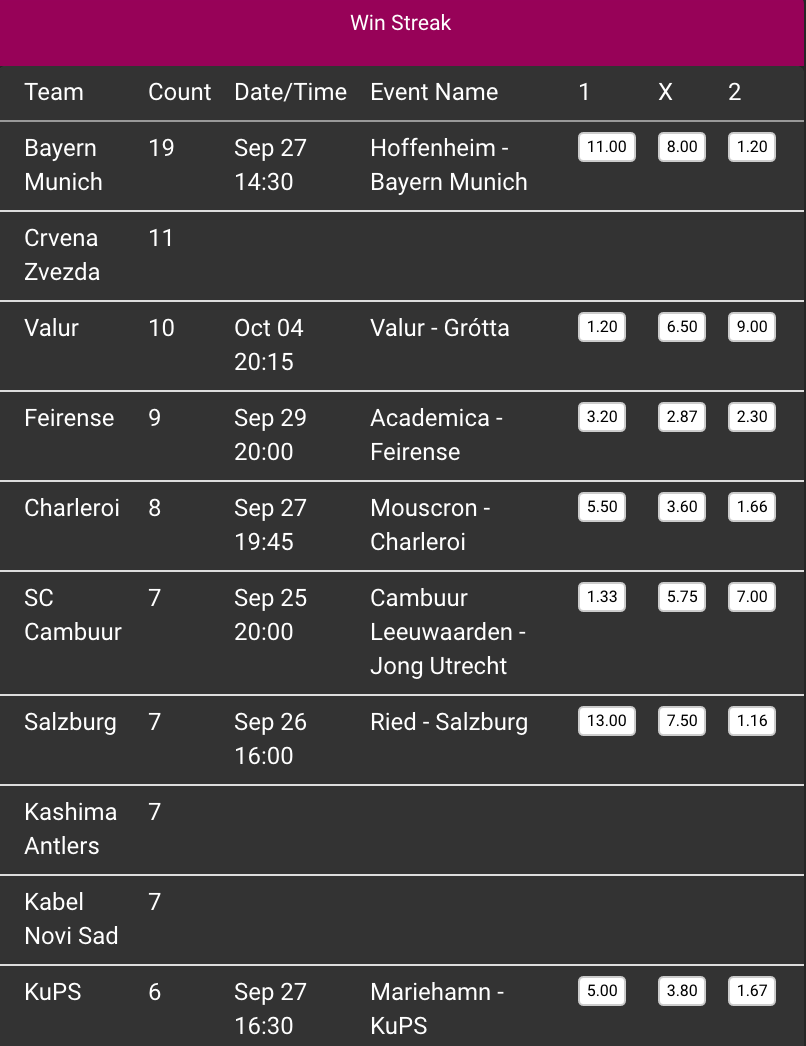 Those looking for match goal bets should consider Yokohama F. Marinos and Shimizu S. Pulse, who have been involved in 10 and 9 successive games with over 2.5 goals, respectively. The odds on both games featuring 3+ goals are fairly short, but you can create an almost even-money shot with a double. 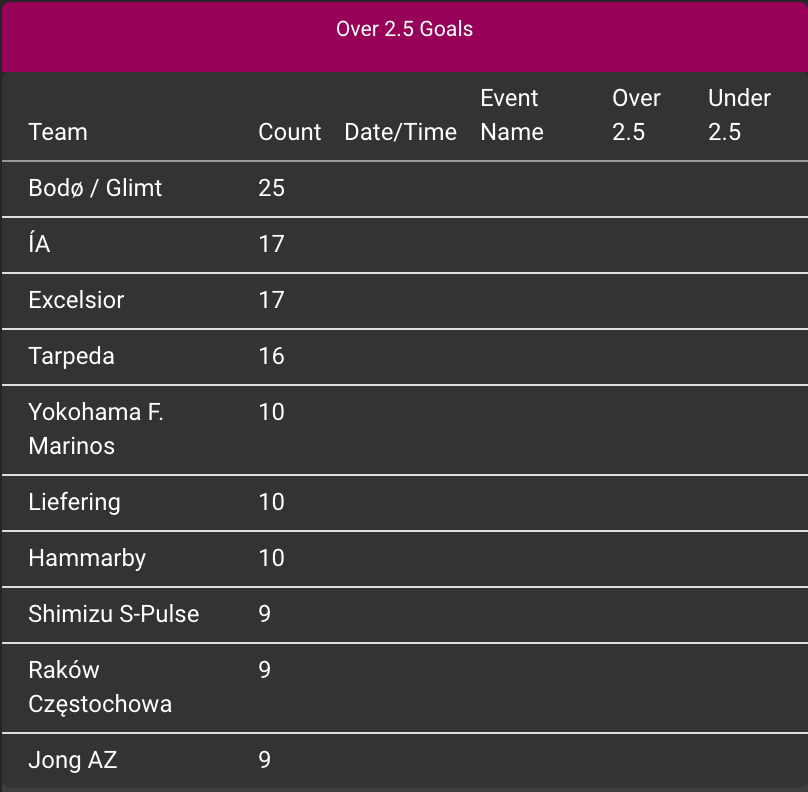 Elsewhere in Europe, you may find better value in Portugal with Feirense who are on a 7 game winning streak, but are still available at 2.10 in their match this weekend. The same could be said about Valur in Iceland, who have won six in a row, yet are available at 1.90

What Do Our PR Ratings Have To Say

It is hardly a surprise to see that Kawasaki are miles clear in the overall rankings with an average score of 1750. They are almost 100 points clear of Kashima Antlers in second place. This weekend’s game with Shonan pits the leaders against a team 360 points lower than them in the rankings! For reference, this is a larger gap than there is between Manchester City and Colchester United!

Kashima is ranked almost 200 points higher than their opponents this weekend. Even allowing for home advantage, which isn’t really a thing in Japan anyway, Cerezo Osaka’s odds look even more generous when you consider they are 173 points clear of Vegalta.

If you’ll recall our mini strategy from Part 1 – a couple of sides of matches to keep an eye on either from a lay bet or trading perspective.