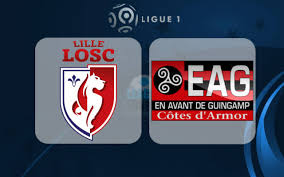 Manchester City have had a week to forget. They missed out on the chance to mathematically secure the Premier League title at Man United and then crashed out of Europe at the hands of Liverpool.

From a tipping perspective, there may be some positives to take from City’s misfortunes though. Pep’s men have a clear aptitude in bouncing back from defeat with the most positive action that football has to offer – goals.

Indeed, on the rare occasions that Man City do lose, they go on to play in an away game with over 2.5 goals 80% of the time. That percentage is worked out from 6.5 season’s worth of data and following the system over that period would have yielded a 49% ROI.

The price on Over 2.5 Goals is 1.65 with Bet Victor, unsurprisingly short given they’re playing fellow goal-getters, Spurs.

Like City, Juventus have also had a week to forget with skipper Gigi Buffon likely to retire without a Champions League winners medal. His last action in the competition being a red card for descent.

But the Old Lady’s home form in the league is nothing short of remarkable. They boast a home win success rate over the last 4.5 seasons of 90%, that number stays in the high eighties (87.5%) when looking at this season alone. The Juventus home win is priced at 1.23 with Marathon Bet.

Data taken from the last 6.5 La Liga seasons shows that teams who’ve not won in at least four at home manage to buck the losing trend 47% of the time in their next game. Sevilla are trying to reverse an uncharacteristically poor run of home results against Villarreal. Bet365 have given them a price of 1.85 to keep all three points.

Las Palmas have failed to win in four games at home but the three loses came against Real Madrid, Villarreal and Sevilla whilst the point was a good one against Barcelona.

Giving further credence to their price of 3.79 with Bet365 is the fact that this weekend’s visitors, Real Sociedad, have now gone 10 games without an away win. With all that in mind, a home win looks an excellent piece of value.

6.5 season’s worth of Premier League data indicates that clubs on streak of three or more games with under three goals being scored, go over the line in their next game 63% of the time.

Swansea city are on a run akin to that, they face an Everton side who drew the Merseyside derby 0-0 last weekend. The Over 2.5 Goals selection is prices at 1.42 with Matchbook.

In Serie A, teams who’ve gone three or more games without seeing more than two goals have gone on to play in a game that breaks the line 72% of the time this season.

Fiorentina have won their last six-straight games so their fans can’t have many complaints, although only one of their last eight has featured more than two goals. Marathon Bet have priced the “overs” result in their game against SPAL at 2.06.

Bologna have also gone at least three games without the 2.5 line being breached, they face a Hellas Verona team who’ve seen 12 goals in their last four games. The price on an O2.5 result here is 1.95 with Coral.

Finally, over in France, Lille’s winless-at-home streak extended to nine games last weekend. Teams on a run of four or more winless games in Ligue 1 over the last 6.5 seasons have gone on to win their next game 38% of the time.

Adding further weight to Marathon Bet’s price of 2.46 for the home win, is the fact that this weekend’s visitors, Guingamp, have lost their last five-straight away games.

Paying around 4.77 for the Treble with BetVictor