Can we make money betting on unpredictable Arsenal?

Perennially entertaining and frustrating in equal measure, Arsenal have been one of the most unpredictable Premier League teams over the past decade. With their manager’s philosophy rarely leaking from its mould, the Gunners’ free-flowing attacking football has seen them pick up three of the past four FA Cups despite title disappointment.

Finishing in the top four of the Premier League consistently before the 2016/17 season, we can assume that Arsenal will win over 50% of their league fixtures a season fairly comfortably, but against who these victories come is a crucial factor when assessing value in a market.

When you think of Arsenal, the immediate things that spring to mind are inconsistency, goals, poor defence and good cup runs. Let’s see if we can unpack some of these narratives in relation to the betting markets. 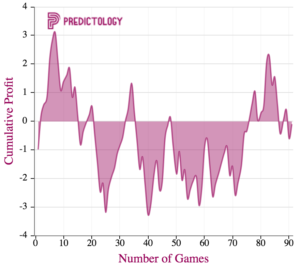 Despite Arsenal’s known frailties over the past decade, their home form is usually reliable against the also-rans of the Premier League. However, by coming a cropper against the ‘big six’ regularly, their win percentage suffers. Averaging at 1.66 (4/6) each home game, value is hard to find in an Arsenal home win over the past five seasons.

To further this point, the 15/16 title winning season by Leicester saw Arsenal put together some of their best form for years despite losing out again in the title race. Finishing second in the league for the first time since 2005, the fact that a -0.70 profit was made (or rather, lost) during a season where Arsenal enjoyed their highest finish for over a decade highlights the fragility of this system.

After breaking even (near enough) over the past five seasons, this shows that backing Arsenal at home blindly should be avoided – no matter how many fans try to tell you that The Emirates is a ‘fortress’.

Here we see a disastrous loss of -11.08 units over the five seasons studied. Arsenal have never been known for their away form and with odds averaging out at 2.37 for an Arsenal away win, there is no value to be found in backing them blindly away from home. Arsenal tend to suffer in games involving the ‘big six’ so to account for a decent price in away fixtures against the stronger sides yet a lack of victories means our Return on Investment is going to suffer greatly.

There certainly isn’t value in backing Arsenal blindly away against all 19 teams, however a different angle of wins against the bottom-ten should yield a return, albeit a small one.

At a glance, many would jump on this strategy as being the most profitable. Arsenal score goals, Arsenal concede goals, so a match with over 2.5 goals seen should be a regular occurrence in the – and it is. Over/under 2.5 Goals is often a tempting market for those betting on football, however the line that is drawn between the second and third goal is there for a reason. A 2.64 profit on a season of blind betting is good, but it’s never going to be a strategy that reaps big rewards because of how tight the odds will be. At an average price of 1.77 (8/11) over the past five seasons you still have to stake more than you win on a bet that would appear to be 50/50.

With the loss of Alexis Sanchez and Groundhog Day-like mistakes in the transfer market, the current -1.22 profit, -5.1% ROI and 58.3% win rate doesn’t look like improving rapidly

Taking a look at the fluctuating chart below, your only chance is to lump on a portion of Arsenal’s season when a spike is expected and the fixtures look a favourable. This would obviously involve a level of guess-work, although exploring the start vs. end of the season could prove profitable in the over 2.5 goals market. 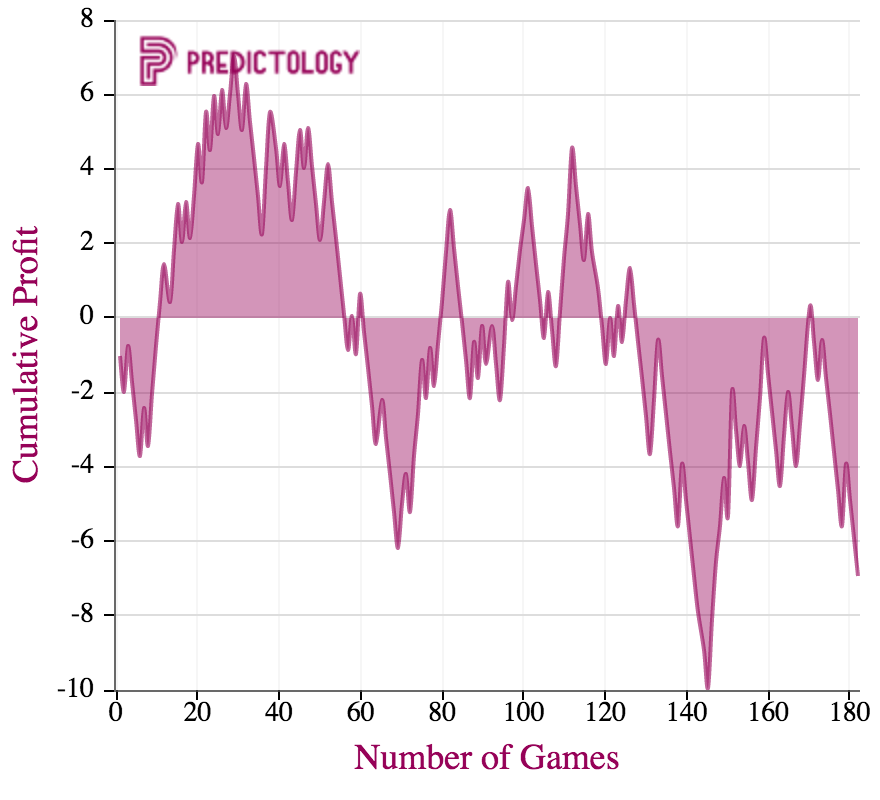 To balance the previous system, it’s right that we explore the under 2.5 goals market and as expected there is little joy when looking over the past five seasons. An overall profit loss of -3.60 is underlined by not one season reaching an over 50% win rate. The only caveat to this is the increase in price for an under 2.5 selection. At a +0.54 mark-up on the betting odds than an over 2.5 bet, picking these matches carefully could prove profitable.

Arsenal’s ability to drop points (in low scoring games) against weaker opposition was their un-doing in the infamous Leicester City 2015/16 season. With points dropped against Sunderland, Crystal Palace, Southampton, Stoke and Swansea in the second half of the season, we can to see why this season finished up with a +12.3 return on investment with 50% of their matches finishing with under 2.5 goals. Maybe the secret to this betting strategy is to back under 2.5 goals against teams fighting relegation towards the end of seasons as Arsenal find them hard to break down.

System Test 5: Over 2.5 goals when odds on away – Arsenal 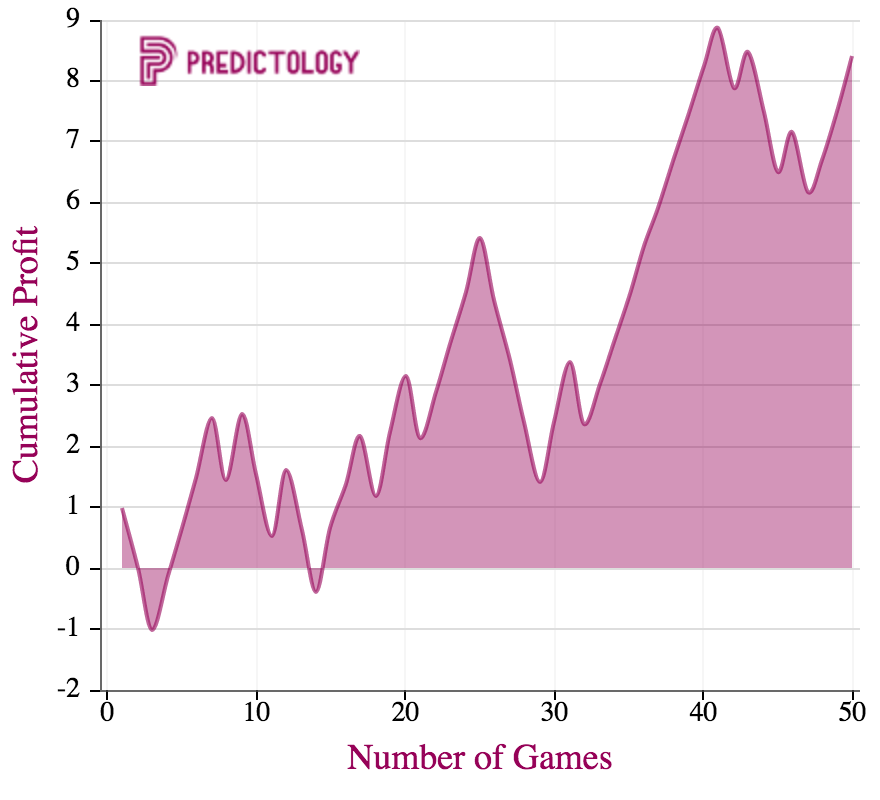 Here we see our most profitable strategy in backing over 2.5 goals when Arsenal are playing away from home and are odds on. A niche take on things, but not without reason. By backing over 2.5 goals in Arsenal’s favoured away matches, you are covering two outcomes that are highly likely in an unpredictable Arsenal team. We have seen from Strategy 2 that Arsenal win an average of 46.6% away games a season and after we have taken into consideration Arsenal are going to be the ‘odds on’ team for this bet, which means we can assume that the opposition are going to be in the lower standings of the table.

Arsenal’s Jekyll and Hyde characteristics allow us to believe that there is just as much chance of Arsenal battering one of these teams away from home, as well as struggling and having to come from behind to win: both allowing the over 2.5 goals market to flourish.

The below graph shows a steady cumulative profit for this approach, and with a win rate of 62.5%, an average price of 1.83 shows value constantly with The Gunners often just being slightly odds on with a price under 1.3 unlikely to be seen.

So what have we learned?