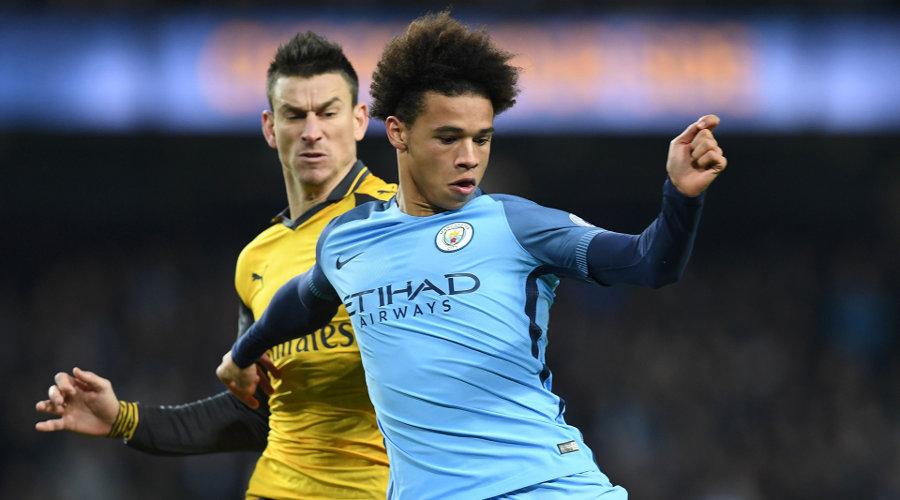 The pick of the weekend fixtures in the Premier League is a top of the table clash between 4th place Manchester City and 3rd place Arsenal at the Etihad stadium.

Both teams have plenty to prove going into Sunday’s match with City aiming for a win against quality opposition to reassert themselves in the title challenge after a recent dip in form.

Arsenal suffered a shock defeat against Everton in midweek and will be looking to bounce back with a result in Manchester to take them into a Christmas period which, on paper, offers them a great chance of mounting a serious challenge against pace-setters Chelsea.

City have looked out of sorts in recent weeks with manager Pep Guardiola facing questions about his tactical nous for the first time in his impressive managerial career. However, a welcome 2-0 win against Watford in midweek relieved some of the pressure he’s found himself under though critics will point to his defensive reshuffle for that game as being key to his side’s change of fortunes.

Arsene Wenger has every reason to be quietly confident going into Sunday’s game where he’ll be hoping his side will quickly erase memories of their surprise 2-1 defeat against Everton at Goodison Park on Tuesday night.

Not only will he be pleased with the otherwise great form his team have shown this season, having not lost in the league since the opening day, but he will be looking at the fixtures for the Christmas period knowing that his side face a run of fixtures that they will be fancied to win. After Sunday’s test at City, Arsenal face West Brom, Palace, Bournemouth, Swansea, Burnley and Watford before their next big test against Chelsea in February. If they can take points from Manchester on Sunday they have a great opportunity to make a real title challenge statement.

Shkodran Mustafi is out for the rest of the year with a hamstring injury and Aaron Ramsey will face a late fitness test before Sunday’s game but other than that, the Gunners look in good shape

Man City don’t have a good recent record against Arsenal with the London side getting the better of them in last 5 fixtures with 2 wins and the other 3 games ending in draws. City are in desperate need of a win against a big team and it could be argued that they need a result from this game more than Arsenal. A win would see them leapfrog Arsenal in the table and any suggestion of crisis would begin to be forgotten.

City’s win against Watford in midweek will have partly restored some of the confidence lost in recent defeats to Chelsea and Leicester and the manager will be fully aware of the importance of finding the consistency that is key to mounting a title challenge in the world’s most unforgiving league.

Other than the defeat at Everton, Arsenal have been excellent, unbeaten since the opening day of the season and scoring freely with 37 goals so far this season, that’s just 3 behind top scorers Liverpool. If they take something away from Manchester it could provide the foundation for another long run of good results with a kind run of fixtures to see them through the hectic Christmas calendar.

It is also pretty clear that the despite the difference in the two sides form, they share one thing – a lack of clean sheets! With only 3 between their previous 8 games.

With just 1 point separating the two teams, a draw is always a decent bet in such a tight fixture so it’s worth looking for any clues that may help us to find value in the Asian Handicap markets. This table shows how the two teams have performed so far against the handicaps.

As you will quickly see, 5 of Arsenals away victories have seen a 2 goal margin or better. Interestingly, City’s 3 defeats in the league this season have come with a 2 goal deficit. 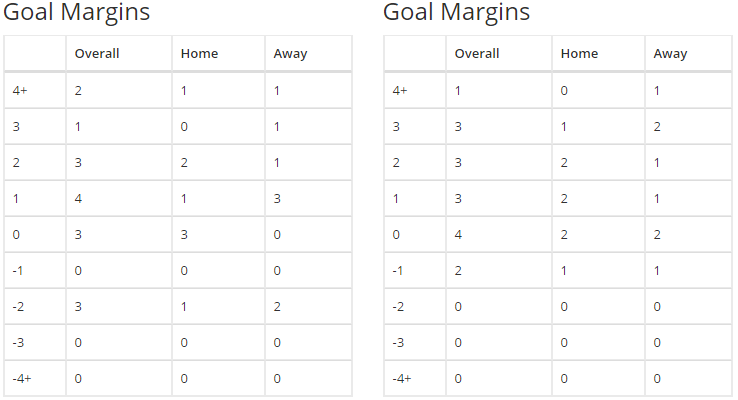 The bookies are going with home advantage with the best odds on a City win being the 2.20 available at Ladbrokes. Pinnacle are offering the away win at 3.50 but the draw is most enticing here with 3.68 being the best odds we could find, again with Pinnacle

Both teams to score seems the obvious play at 1.55 but there is not much value to be found in that price. While a small interest in Arsenal to win by 2 also holds some appeal on current trends which can be found at a large 7.5 with Unibet.