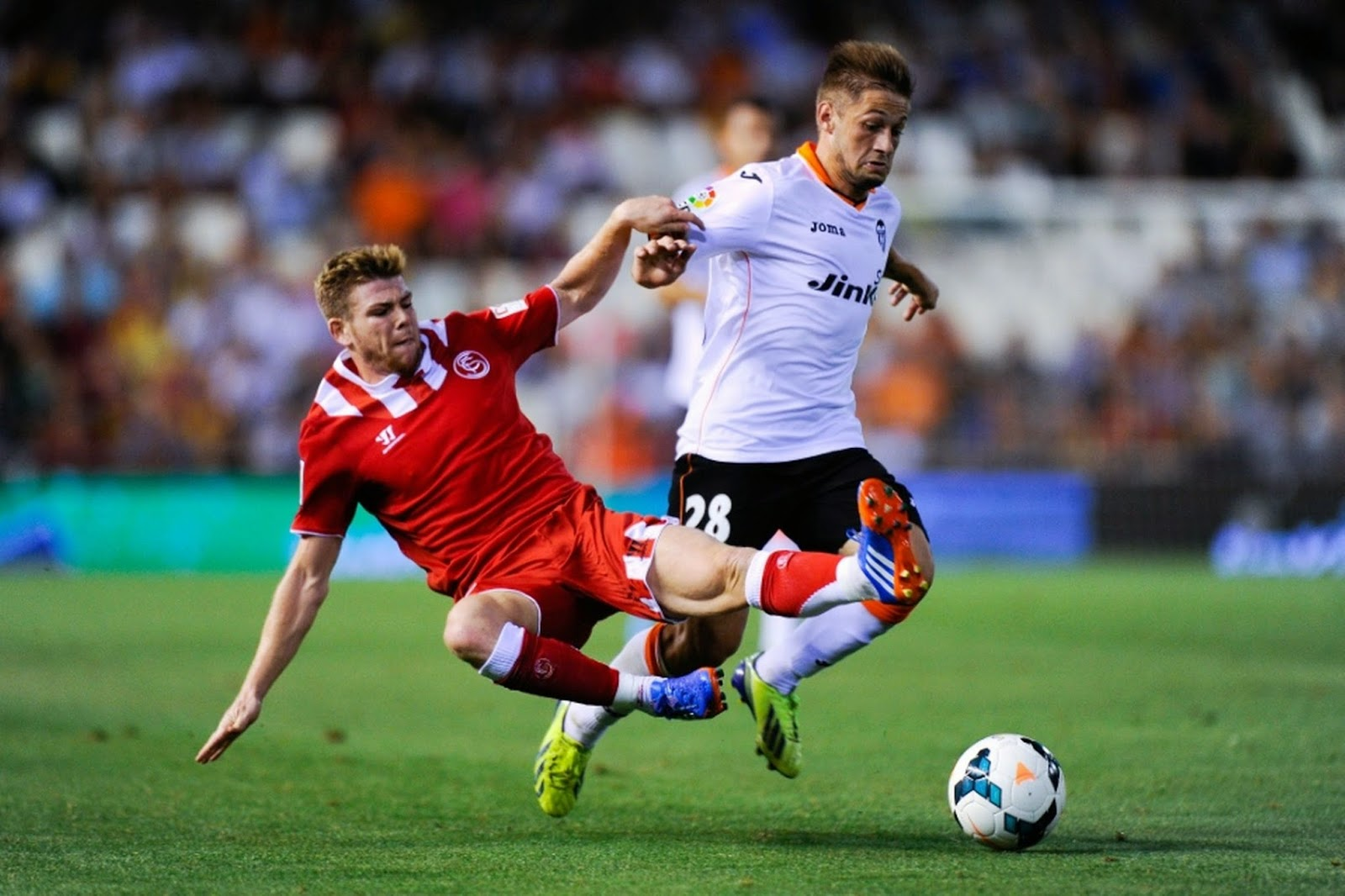 Sevilla are currently third in the Spanish top flight, just 2 points behind Barcelona, whereas Valencia are languishing in 15th place, with 14 points separating the two teams.

Sevilla will fancy their chances of keeping up the pressure on the top two with a win on saturday night but Valencia are keen to get their season started and will see Sevilla’s involvement in a tough midweek Champions League tie against Juventus as a possible advantage.

Sevilla suffered a huge blow in midweek, conceding two late goals to Juventus in a vital Champions League tie which now hands the advantage in that competition to their Italian rivals. It was a tough game and the main question on Saturday evening will be how Jorge Sampaoli’s team react after a physically and mentally challenging night.

Sevilla had playmaker Franco Vazquez sent off in the first half of the midweek clash, forcing them to adopt a more defensive strategy after an encouraging start to the game. Ultimately, the indiscipline cost them dear with the Italians scoring three times as Sevilla ran out of steam near the end. Sevilla will have expended a lot of energy in trying to grind out a draw and the psychological blow could also be enough to give Valencia a chance of a surprise result on Saturday.

The phrase ‘crisis’ is thrown about too often in football but it can be accurately employed to describe Valencia’s currently situation. The team captain has described them as having ‘hit rock bottom’, the owner’s daughter has had a public spat on social media with the club’s fans after the regime were booed following Sunday’s draw against bottom of the league Granada, and if that weren’t bad enough, the team are not producing on the pitch.

Valencia go into Saturday’s clash with fresh legs having not played in midweek. Normally this could be considered a huge advantage but considering what has gone on since, the Mestalla doesn’t seem like the best place to be at the moment and off the field controversies often affect the dressing room more than expected, especially when performances aren’t good enough.

Sevilla’s recent league form has been decent, with 5 wins and a draw in their last 8 games helping to keep them in touch with Real Madrid and Barcelona at the top and also to establish a 2 point gap over Villarreal in 4th place. Valencia on the other hand have been poor in recent weeks picking up just 2 points from a possible 12 in the last 4 games.

A quick look at goals scored column of the league makes for interesting reading and goes a long way to explaining Valencia’s poor league position; they can’t seem to find the net!

Over 12 games this term, Valencia have found the net just 11 times, whereas Sevilla have struck double that, with 22 goals so far. However, the teams are pretty equal when it comes to goals conceded, 17 let in by Sevilla, 16 conceded by Valencia:

Despite their struggles in midweek, the bookies still favour Sevilla for the home win, with MyBet offering 1.80.

Despite that defeat to Juventus in the Champions League, Sevilla’s home form is formidable and remains one of the best in Europe. Sevilla -0.75 at 2.02 with 365 looks like value to us.