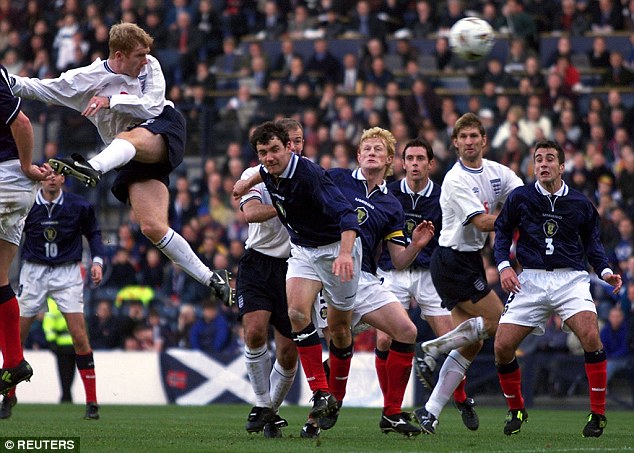 This week, the big match takes place at Wembley Stadium on Friday night where England meet Scotland in World Cup Qualifying Group F, with England looking to strengthen their position at the top of the table.

England V Scotland is the oldest international fixture in football and ever since the first game, a 0-0 draw in November 1872, a fierce rivalry has grown and intensified, culminating in England’s famous 2-0 victory in Euro 96 (who can forget THAT Gazza goal?)

The fixture has diminished as a competitive spectacle in recent years, with England’s clear superiority on paper translating to results, but for the intensely patriotic fans of both teams, the match still captures the imagination and Friday is sure to be a great spectacle.

After a disappointing showing at this summer’s European Championships in France, England appointed Sam Allardyce as the man to rebuild English football and take them to the World Cup in Russia in 2018. Of course, that didn’t quite go according to plan with Allardyce leaving his post by mutual consent after a newspaper sting caught him making controversial remarks on camera. Big Sam had just one game in charge, an unspectacular 1-0 win in Slovakia.

The F.A. chose Gareth Southgate to lead England through the next round of qualifying games, giving him 4 matches to stake his claim for a permanent job.

Since then, Southgate has led England to a 2-0 win against Malta and another underwhelming 0-0 draw away to Slovenia. 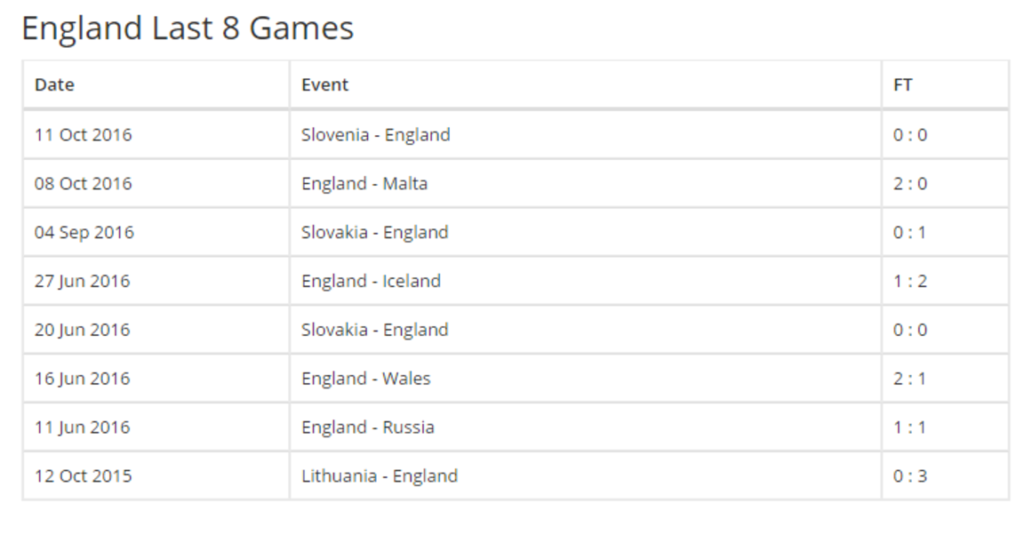 If England win this match comfortably, as the bookies expect, it will strengthen Southgate’s case for the top job, but as we all know, the formbook often goes out the window in matches between such historic rivals.

It’s hard to argue a case that any of the current Scotland squad would get into the England squad, a fact which makes England clear favourites to win on Friday night.

That said, Scotland traditionally perform better as underdogs and they’ll be cheered on by their famous travelling support who will view this as their biggest fixture since the last time the two teams met in 2014 (Scotland 1 – 3 England)

Gordon Strachan’s Scotland side are a decent, if underperforming outfit, made up of many Premier League quality players who, with the right mixture of tactics and spirit, are capable of an upset on their day.

After a good start to the qualifying campaign, poor performances at home to Lithuania (1-1) and a 3-0 defeat away to Slovakia have seen Scotland already on the verge of missing out on yet another major tournament. A loss on Friday against their Auld Enemy will surely put an end to their hopes of booking a place in Russia. Could that be the motivation the Scots need to put in an impressive display on Friday? 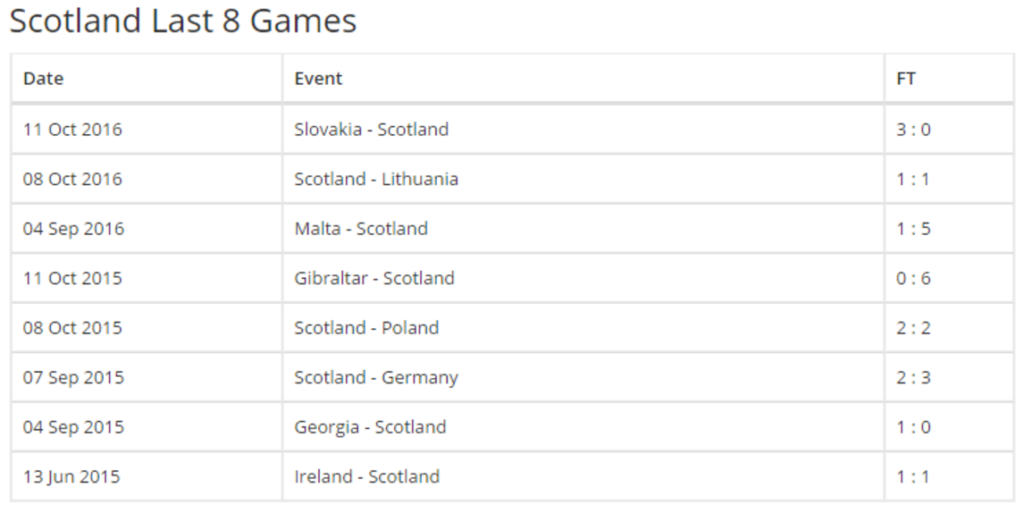 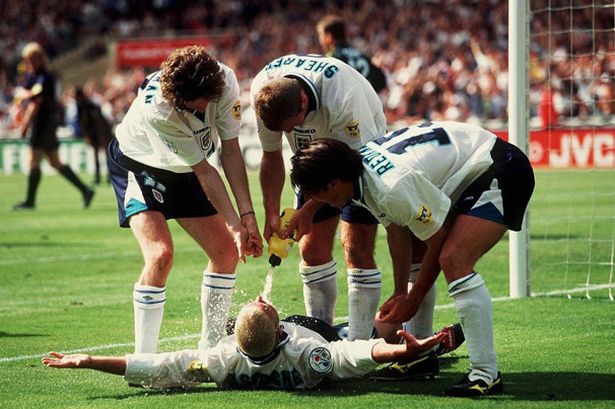 A look at the last 5 meetings between the two sides shows England’s recent superiority, the outlier being a 1-0 away win at Wembley for the Scots in 1999. This match saw the Tartan Army raise their game, narrowly failing to get a 2nd goal which would have seen the tie go to extra time after England won the 1st leg 2-0.

At the time of writing SkyBet are offering 1.36 for England to win. Scotland are huge underdogs at 9.50 with the draw priced at 4.50.

The smart money will go on England to win as clear favourites, but with Strachan’s job, national pride and World Cup qualification at stake, Scotland will definitely be up for the game and if England continue to underwhelm, the Scots are more than capable of taking a point home.

Recommended Bet: Both Teams To Score at 2.5 with Sky Bet