The big match in the Premier League this weekend sees Arsenal facing their fiercest rivals Tottenham in the north London derby.

Arsenal currently sit joint top of the league on 23 points, with only a 2 goal difference separating them from Man City at the summit. Arsene Wenger’s team are currently in an impressive 15 game unbeaten run with their last 8 games in the league yielding an impressive 20 goals.

Following a morale boosting Champions League victory against Ludogorets, in which they came back from 2-0 down to triumph 3-2, Arsenal will be in buoyant mood and confident of putting one over on Spurs, who are currently in a patch of poor form with 3 draws in their last 3 league games.

Arsenal should also benefit from an extra day of rest with Tottenham having played out their 1-0 defeat to Bayer Leverkusen at Wembley on Wednesday night.

Reports suggest Arsenal could be further boosted by the return of important players; Theo Walcott, Santi Cazorla, Hector Bellerin and Nacho Monreal all recovering from injuries which saw them miss the win in Bulgaria, a victory which sees the Gunners qualifying for the group stages of that competition with 2 games to spare.

Spurs will be looking to improve on recent form which has seen them draw their last 3 league games, as well as a disappointing 1-0 defeat to Bayer Leverkusen in the Champions League on Wednesday night.

They have received some good news though with manager Mauricio Pochettino indicating that talismanic striker Harry Kane could feature against the Gunners following a 6 week layoff with a ligament injury.

In Kane’s absence, Spurs have struggled to kill teams off, though a look at our statistics centre reveals they haven’t failed to create chances, registering 22 shots in the 1-1 draw against Leicester alone. 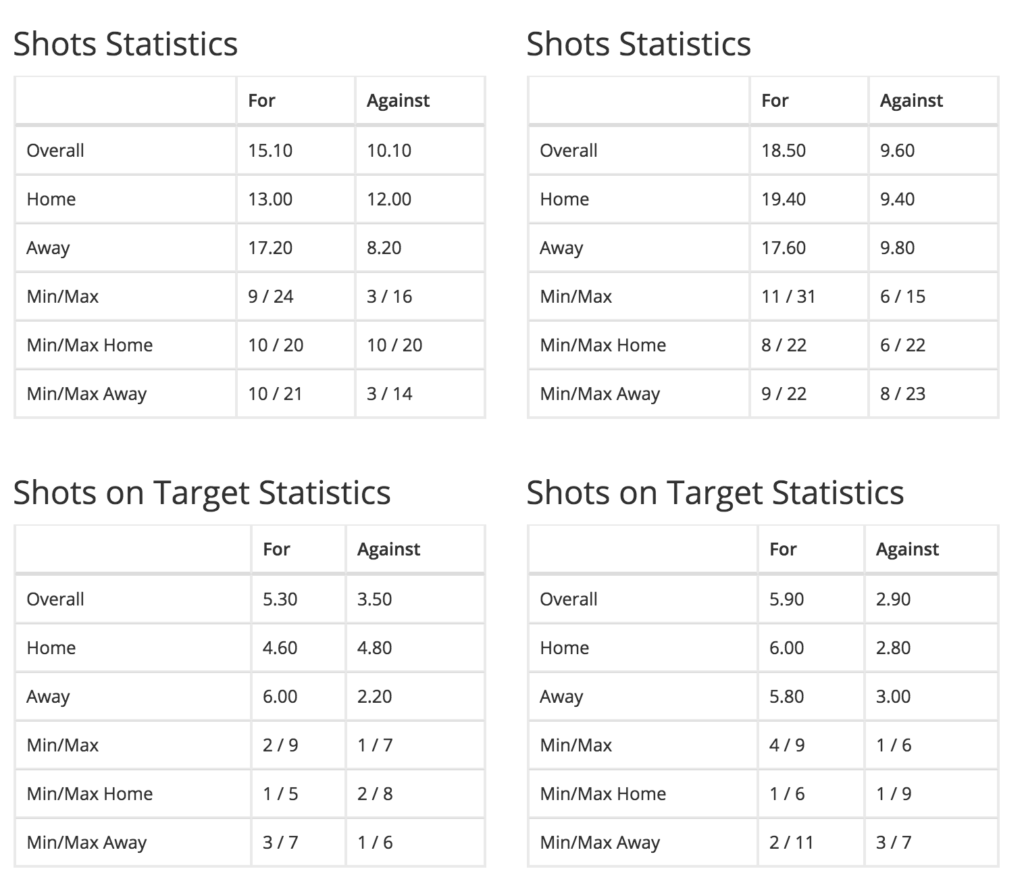 With bragging rights at stake as well as the chance to move level on points with Arsenal, Sunday’s game could be a chance for Tottenham to get their season back on track.

Recently, Spurs have struggled to find the net in games where they have dominated possession whereas Arsenal have had no such problems, with Alexei Sanchez and Meszut Ozil in imperious form. Bolstered by a sound defence which has seen them concede only 6 goals in their last 8 games, Arsenal are beginning to look like genuine title contenders this season.

Despite dropping 6 points in the last three league games, Mauricio Pochettino will be encourgaed by the fact that Spurs have remained unbeaten during their ‘bad patch’ of form and it is often the ability to see through bad spells without defeat that can make the difference at the business end of the season. Defensively, Tottenham are even more impressive with only 4 goals conceded in their last 8 league fixtures. 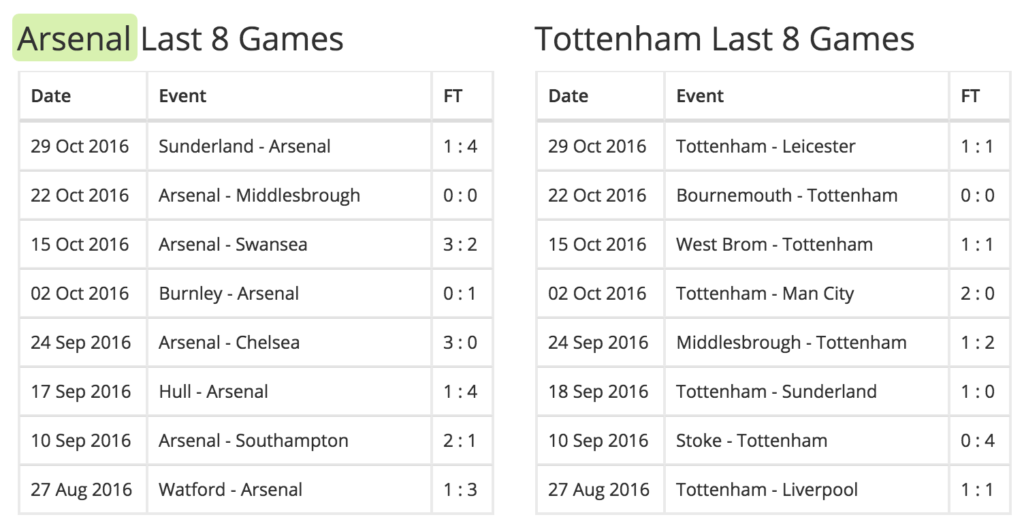 A look at the last five meetings between the two teams suggests we can expect another typically tight game. The last 5 games have ended with one win for each team, with the other three matches ending in draws, the last two meetings at the Emirates both ending 1-1:

Score draws are always a popular prediction for derby matches, especially when the sides are so closely placed in the league but the Asian Handicap market often offers great value under these circumstances, as well as making the game mush more interesting from a punters point of view. Here’s how the market looks at the time of writing:

For more stats which may help you to make the right decision when placing bets on the north London derby, take a look at our big match statistics page here: